Saumya Bhavsar is a Managing Director and the Global Head of Regulatory Affairs of Credit Suisse, based in Zurich.

Prior to joining Credit Suisse in August 2017, Saumya held a number of key positions with the US Department of Treasury, Euroclear Bank S.A., the European Commission as well as more recently at UBS where she was covering legal and regulatory for the cross-border merger of several European wealth management entities, cross-border legal for various markets as well as in litigation and regulatory investigations.

Saumya Bhavsar holds an LL.M degree from Georgetown University Law Center in Washington D.C., a Juris Doctor from University of Detroit School of Law, and a Bachelor of Arts in History from the University of Michigan. 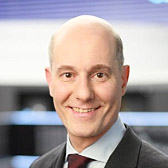 Executive Director of the Institute for Law and Finance, Goethe University

Andreas Cahn studied law at the Johann Wolfgang Goethe-University Frankfurt/Main and at the University of California at Berkeley, where he earned an LL.M. After his Second State Examination in Frankfurt he worked for 6 years as a research assistant at the University of Frankfurt. During this period of time he wrote his doctoral thesis on problems of managers’ liability (published in 1996) as well as his post-doctoral thesis on legal aspects of intra-group financing (published in 1998). In 1996 he took up the Chair of Civil Law, Commerce Law and Corporate Law at the University of Mannheim. Since October 2002 he is Director of the Institute for Law and Finance at Goethe-University in Frankfurt. He has published extensively on corporate law, capital markets law, the law of products liability, general civil law as well as on civil procedure. He is co-publisher of “Der Konzern”, a law journal focusing on company law, taxation and accounting of corporate groups, of “Corporate Finance law”, a journal with a focus on current legal issues corporate finance, co-editor of the Institute for Law and Finance Series and member of the editorial board of the law journal “European Company Law”.

Raisin co-founder and CEO Tamaz Georgadze is focused on partner bank acquisition, business development, and legal and regional expansion efforts. Prior to building and scaling Europe’s leading marketplace for deposit-insured savings products and investments, Tamaz spent ten years with McKinsey & Co., the last three as a Principal leading McKinsey's Savings and Investment products service line for EMEA countries, serving some of the largest retail, universal and wholesale banks in Europe and Asia. His core areas of expertise were performance management/organization, deposit gathering, direct banking, branch transformation, SME strategy and regulation. He holds a PhD in agricultural economics and honors law degree from the University of Giessen as well as an international economics degree from Tbilisi State University. 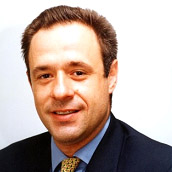 Christos Gortsos is Professor of Public Economic Law at the Law School of the National and Kapodistrian University of Athens (tenured position). After having graduated from the German School of Athens (Dörpfeld Gymnasium) in 1979, he studied – at undergraduate and graduate level – law, economics and finance at the Universities of Athens, Zürich, Pennsylvania (Wharton Business School) and Geneva (Graduate Institute of International Studies), where he also received his PhD in International Banking Law.

For the winter semester of the academic year 2017-2018 he was granted the Bernard Braudel Senior Fellowship at the European University Institute (EUI) in Florence and for the period September – October 2018 he was elected as Academic Visitor at St Antony’s College (Oxford University).

The main fields of his research interests and teaching include international and EU monetary and financial law, central banking law and institutional economics, fields in which he has also published extensively. 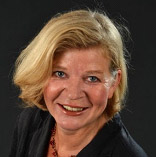 Elke Gurlit was borne in Bremen, Germany. She acquired her Ph.D. in 1988 with a comparative study on freedom of information laws. In 2000, she habilitated with a comparative analysis on the law of public contracts at the Free University of Berlin. In 2002, Elke Gurlit was appointed to the Chair of Public Law, Comparative Law, and European Law at the Johannes Gutenberg-University Mainz. From 2011 to 2015, she served as a member of the State Constitutional Court of Bremen. Elke Gurlit teaches on a wide range of topics of administrative law, e.g. local government law, zoning law, environmental law, and business regulation. However, living close to the German capital city of financial markets, directed her research focus to matters of regulation and supervision of financial markets. Elke Gurlit likes academic co-operation with private law experts of Capital Markets Law and with economists. 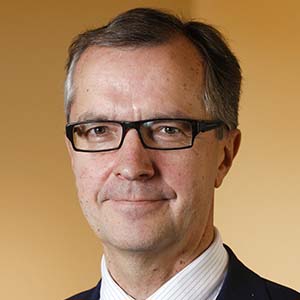 Member of the Supervisory Board (ECB representative)

Master’s degree in Law (trained on the bench), University of Helsinki, Finland

Member of the Steering Committee of the Supervisory Board

Chairman of the Board, Financial Supervisory Authority of Finland

Court training and locum posts for the circuit judge 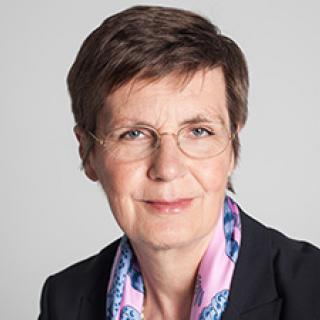 Chair of the Single Resolution Board

Dr Elke König is Chair of the SRB, being responsible for the management of the organisation, the work of the Board, the budget, all staff, and the Executive and Plenary sessions of the Board. The General Counsel, the Policy Coordination and International Relations Unit, the Communications office and the Internal Audit function report directly to her.

She was President of the German Federal Financial Supervisory Authority (Bundesanstalt für Finanzdienstleistungsaufsicht (BaFin)from 2012 until 2015. After qualifying in business administration and obtaining a doctorate, Dr König spent many years working for companies in the financial and insurance sector. From 1980 to 1990, she worked for KPMG Deutsche Treuhandgesellschaft in Cologne, auditing and advising insurance undertakings, from 1986 as a holder of a special statutory authority (Prokuristin) and from 1988 as a directorand partner. 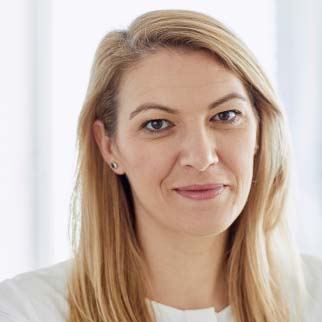 Sandra is an Austrian lawyer with more than 8 years experience in German, Austrian and European supervisory law.
She joined finleap in 2015 and has been involved in the building of all 16 portfolio companies of finleap, 4 out of them BaFin regulated.

Previously, Sandra spent 4.5 years working as a lawyer at DLA Piper in Vienna in the Litigation & Regulatory department.

In 2018 Sandra got selected as member of the European Commission’s Expert Group Regulatory Obstacles to Financial Innovation. 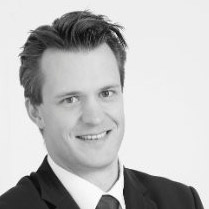 Member of the Executive Board, Deutsche Bundesbank

Member of the European Parliament (CSU), primarily responsible for legal and economic topics, Strasbourg and Brussels

State secretary (with civil servant status) at the Federal Ministry for Economics and Technology, where he was responsible for coordinating European policy matters

Member of the Executive Board of the German Insurance Association (Gesamtverband der Deutschen Versicherungswirtschaft e.V.), Berlin

Chairman of the Board of Directors of the Association of Sparda-Banken, Frankfurt/Main

Member of the Executive Board of the Deut­sche Bun­des­bank, currently responsible for the Directorates General Banking and Financial Supervision, Information Technology and Risk Control

Activities outside the Bundesbank 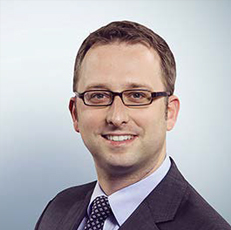 Markus Benzing has been a partner of Freshfields Bruckhaus Deringer since 2018 and works in the Frankfurt office.

In addition, Markus regularly advises corporates from other sectors on a range of regulatory issues relevant to their business. He also helps clients (in particular listed companies) with regard to capital markets compliance issues (such as market abuse rules of MAR) and represents clients in administrative proceedings before a number of supervisory authorities, including the ECB (within the Single Supervisory Mechanism, SSM) and BaFin, as well as in national and EU courts. Markus speaks German, English and French. 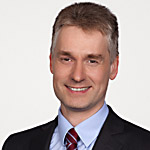 Alexander Glos has been a partner of Freshfields Bruckhaus Deringer since 2009 and works in the Frankfurt office. He is a member of the law firm’s corporate and finance practice groups and specialises in commercial banking and capital markets law, with a focus on banking regulation. He was on secondment with the legal department of Deutsche Bank in Frankfurt in 2006.Alexander Glos was born in Schweinfurt, Germany, in 1974. He completed his legal education, including a doctor of laws (Dr iur) degree, at the University of Passau. He also has a French degree (Maître en Droit) from the University of Toulouse. Alexander joined the firm in 2003 and speaks German, English, French and Russian